Our monthly economic review is intended to provide background to recent developments in investment markets as well as to give an indication of how some key issues could impact in the future.

It is not intended that individual investment decisions should be taken based on this information; we are always ready to discuss your individual requirements. We hope you will find this review to be of interest.

The Governor of the Bank of England, Mark Carney, delivered his Q1 2017 Quarterly Inflation Report in mid-May, with several caveats as to the state of the UK economy. Whilst maintaining an overall positive stance regarding the growth in wages beyond 2017, he believes that they will only continue to rise if we see a “smooth” withdrawal from the European Union.

In his words, during the remainder of 2017 and possibly beyond that, the country faces “a more challenging time for British households” and “wages won’t keep up with prices.”

The report also highlighted a raised inflation forecast to 2.8% in 2017, above the Bank’s last forecast of 2.4%, issued in February this year, potentially leading to a spending squeeze on consumers.

At the same time, the report also saw fit to reduce the UK’s economic growth forecast for 2017 from its previous level of 2%, to a still respectable 1.9%, whilst retaining interest rates at their historically low level of 0.25%. The interest rate, which is set by the Bank’s Monetary Policy Committee (MPC), is critical for the control of the UK’s economy and their ability to retain inflation within its given target, set at 2%.

Any overshoot of this inflation target, is, according to the Bank, “entirely” the result of the depreciation of Sterling, seen immediately after the Brexit vote last June. Sterling was trading in a general range of $1.47 to the US Dollar prior to the vote. They went on to add that increasing interest rates would not be constructive in minimising any increase in consumers’ general living costs in the short-term. 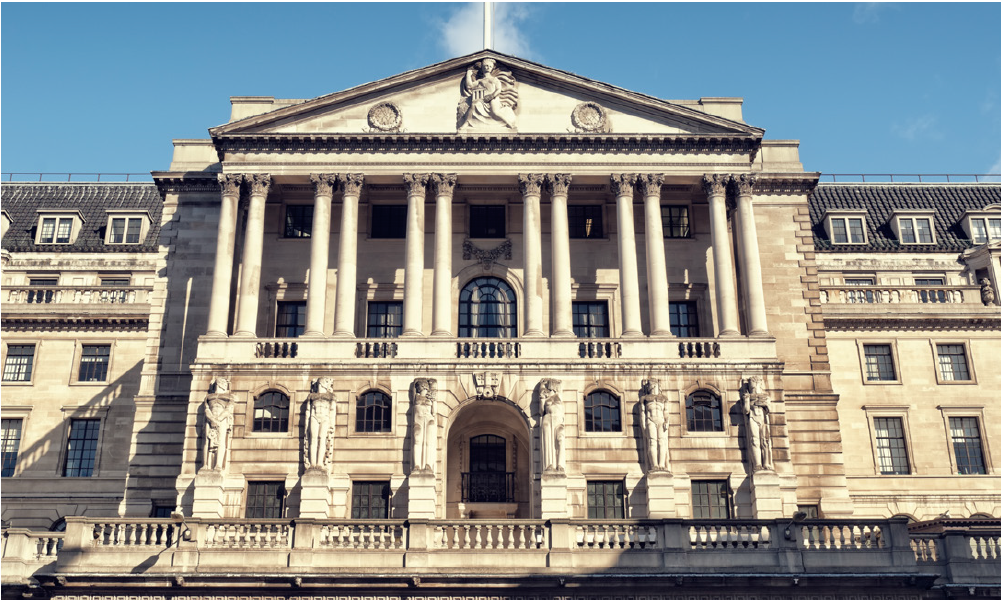 Further encouraging news on the state of the UK’s consumer economy came from the Office for National Statistics (ONS), as they reported retail sales rising faster than expected in April. They reported the volume of sales increased by 2.3% against the previous month, which represented a 4% rise from the same period last year.

This figure was interesting in the fact that the March figures, as reported by the ONS, showed the largest fall in retail sales seen for seven years. In a typically sanguine statement, the ONS stated that: “Anecdotal evidence from retailers suggests that good weather contributed to growth.”

This data confirms the statistics recently released by the British Retail Consortium’s survey which also reported the highest sales numbers for years.

The timing of the UK’s Easter break influences spending habits across the period, as was the case this year with Easter falling mid-April. Typically, retail outlets sell more product across the Easter break. Another bullish sentiment was the fine weather seen during the month which tends to bring out the shoppers.

Whilst encouraging news, given the other factors at work in the UK’s economy, with rising inflation and stagnant real wage growth, retailers may have to address pricing issues imminently. For example, how much of those price and raw material cost increases, brought about by the weaker pound and inflation, will have to be passed on to the consumer in shop prices, or absorbed into their overall cost structures. 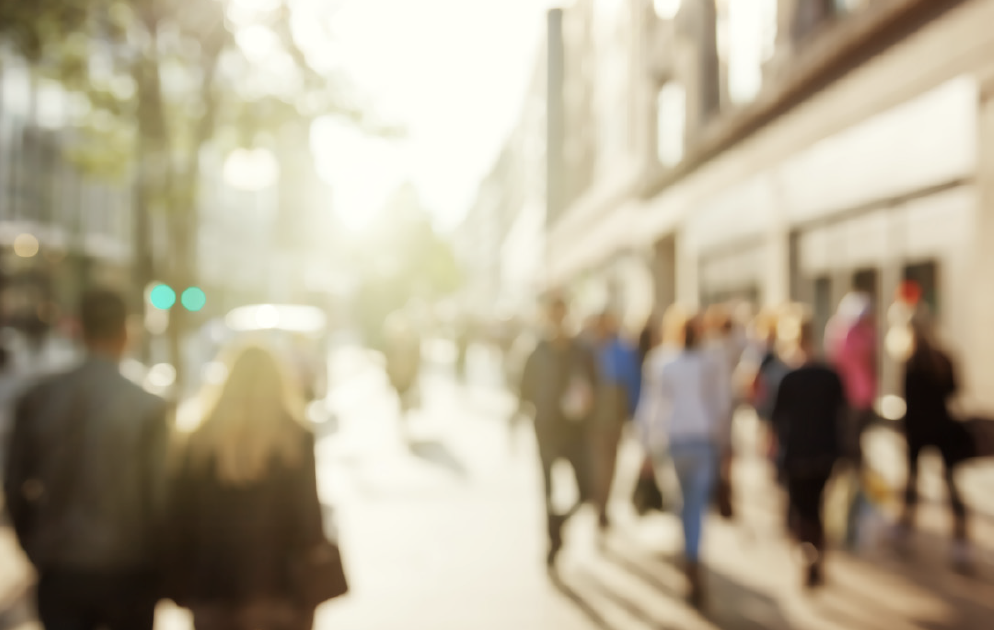 The upcoming general election on June 8 continues to occupy the minds of investors. With headlines dominated by the tragic suicide bombing in Manchester, electioneering was put on hold as a result. The FTSE 100 enjoyed its best monthly increase this year, the UK blue chip index posting a monthly gain of 4.39% to close the month at 7,519.95, peaking on May 26 with a record high of 7,547.63. The weaker pound benefitted the UK large-cap index, which derives an estimated 70% of its revenue from overseas. The more domestically orientated UK index, the FTSE250, gained 1.82% over the month to close on 19,972.17. The mid-cap index, which is often seen as a better barometer of the health of UK business, also reached an all-time closing high on May 26, of 20,024.92. The AIM prospered 2.99%, to close the month at 992.55.

Across the pond, the Dow Jones closed the month at 21,006.56, for a small gain of 0.32%. Some bank stocks fell at the end of the month, as various reports, such as pending-home sales, were believed to reduce the pace of Fed rate hikes, which are beneficial for banks’ business models. The NASDAQ saw a 150.91 point gain over the month (2.5% increase) to close May at 6,198.52.

Sterling weakness continued as polls showed a shrinking lead for the Conservatives; it slipped 0.77% versus the US Dollar to $1.28 and to €1.14 against the Euro. The Greenback gained against the Euro, closing the month out at $1.12.

Brent crude fluctuated in the month, the markets were left unimpressed with the deal reached by OPEC to extend production cuts by nine months, shorter than many had anticipated. Black gold closed the month at $50.31 per barrel, a 2.74% decline.

The widely followed IHS Markit/CIPS UK Services Purchasing Managers Index (PMI), which tracks the services sector – accounting for over 75% of the country’s Gross Domestic Product (GDP) – rose at its fastest rate since December 2016.

The index rose to a level of 55.8 in April, an increase from the 55.0 level recorded in March. Importantly, any reading above 50 points indicates growth in the sector.

Employment levels within the sector, together with new work recorded, also increased and prices charged by service sector firms also rose at their fastest rate since July 2008. Most service providers also expressed improved confidence regarding their future prospects for business growth in the coming year.

The Chief Business Economist of IHS Markit, Chris Willamson, commenting on this data release, was quoted as saying: “The upturn in the services PMI rounds off a hat-trick of good news after upside surprises to both the manufacturing and construction PMIs. The three surveys collectively point to GDP growing at a rate of 0.6% at the start of the second quarter.”

He went on to add that: “While we expect consumer spending to slacken in the coming months, with the April survey highlighting continued weakness in sectors such as hotels, restaurants and other household-facing businesses, there’s good reason to believe that at least 0.4% GDP growth can be achieved in the second quarter as a whole.”

Given that the survey intimates that overall price inflation is likely to rise higher than the current Consumer Prices Index (CPI) level of 2.3%, there is some concern at the weak growth seen in consumer spending, Markit believes this consumer weakness could increase in the short-term.

UK UNEMPLOYMENT AT LOWEST LEVEL SINCE 1975

In the latest unemployment figures for the UK, released this month by the Office for National Statistics (ONS) in their Labour Force Survey, unemployment fell to its lowest level for 42 years, as the overall unemployment rate in the UK, in the January to March period, fell to 4.6%, a reduction from the 5.1% recorded a year earlier. This figure is closely representing full employment.

This unemployed rate (those not in work but seeking and available to work) equates to 1.54 million people, which is a fall of 53,000 from the previous quarter’s figures and 152,000 less than a year ago.

On the other side of the equation, those in work (the proportion of people aged from 16 to 64 who were in work) was seen to be 74.8%, again the highest rate seen since records began in 1971.

However, the economically inactive rate (those aged 16 to 64 who were not seeking or available to work) was 21.5%, amounting to 8.83 million. This was a reduction of 40,000 from the previous quarter and 82,000 less than the previous year.

On the wages front, the ONS also stated that average weekly earnings for those employed in the UK, increased in nominal terms (that is not taking into account inflation) by 2.4% including bonuses and by 2.1% excluding bonuses, compared with the same period last year. In real terms (wages adjusted for price inflation) wage growth was considerably lower at only 0.1%, representing a fall of 0.2%, compared with one year ago.