Our monthly economic review is intended to provide background to recent developments in investment markets as well as to give an indication of how some key issues could impact in the future.

It is not intended that individual investment decisions should be taken based on this information;
we are always ready to discuss your individual requirements. We hope you will nd this review to be of interest.

Retail sales soared in October as the weather turned more wintry, according to the Of ce for National Statistics (ONS). Retail sales volumes increased 7.4% from the previous year, the gures represented the highest growth rate seen since 2002, beating Reuters forecasts of 5.3%. 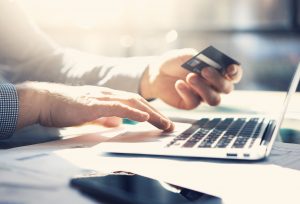 In October, average weekly spending online was £1bn, a massive increase of 26.8% on October 2015. According to Kate Davies, Senior Statistician at the ONS, October saw: “…the strongest growth in internet sales seen in ve years.”

In its monthly sales snapshot, gures from online retail body IMRG indicated that home goods also performed well last month. With spending up 24% year on year, the report highlighted: “This could have been spurred by
a deteriorating pound, with people more focused on domestic home improvements rather than spending on holidays              abroad – which have become a lot more expensive since the Brexit vote.”

Commenting on the strength in online sales, Managing Director at IMRG, Justin Opie, commented: “…a 5-year high for basket values and the likelihood of increased site traf c as people start researching in advance of Black Friday seems to have offset any negative impact. In recent years Black Friday has become an incredibly important period for determining a retailer’s success at the peak time of year, so retailers will hope that higher basket values can be sustained over the coming few weeks.”

Research from the ONS shows that business investment following the Brexit vote was up 0.9% on the gure for the second quarter. Although this is positive news, the ONS pointed out that many of these investment decisions could have been taken before polling day. Business investment gures have held up well.

Gross Domestic Product (GDP) for the third quarter grew by 0.5%, helped by export growth and stronger consumer spending. Taken with the encouraging data on investment, these gures show the economy expanding broadly in line with its historic average.

Analysis of the data underlines the importance of the huge services sector that underpins the UK’s continued economic growth. Services increased by 0.8% in the third quarter, fuelled by the continued strength in performance of the British high street. By contrast, the manufacturing, agriculture and construction sectors are all contracting.

The Of ce for Budget Responsibility (OBR) has forecast that the economy will grow by 1.4% in 2017, down from the 2.2% it predicted in March. Some think it likely that the strength of the economy will diminish as in ation rises, wages stagnate and the path to Brexit becomes clearer. 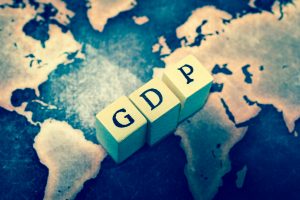 Given the unexpected victory of Donald Trump in the USA Presidential election, on November 8th, the global equity markets reacted surprisingly serenely.

More importantly, the American markets reacted well to Trump’s triumph with observers and investors anticipating a bullish increase in infrastructure investment. The Dow Jones gained 5.41% to 19,123.58 and the technology based Nasdaq adding 2.59% to end at 5,323.68. 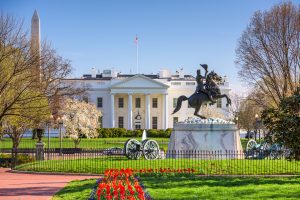 Oil, as measured by the Brent Crude benchmark, had another volatile month, falling as low as $44.43 a barrel early in the month, but rebounding strongly on the last day of November to $50.47, as both OPEC and non-OPEC producers, such as Russia, nally agreed a cut in production of 1.2 million barrels per day (bpd) from OPEC and 600,000 bpd from non-OPEC producers. The Black gold now stands 35.38% higher than at the close of last year.

Gold remained unloved, given the volatility of other markets. The precious metal lost 8.13% in the month, closing out November at $1,172.89 at troy ounce.

The Institute for Fiscal Studies (IFS) have warned that the outlook for wage growth and the squeeze on pay is likely to last for over a decade.

Their analysis of the Autumn Statement, based on gures supplied by the OBR, indicates that workers would earn less in real wages in 2021 than they did
in 2008. Over the next four years, lower income families will be the biggest losers, with the poorest third likely to experience a fall in income.

Paul Johnson, director of the IFS, commented: ”We have seen no increase in average incomes so far and it does not look like we are going to get much of an increase over the next four or ve years either.”

The “outlook for living standards and for the public nances has deteriorated pretty sharply over the last nine months.”

Real average earnings are forecast to rise under 5% over the next ve years, 3.7% lower than the gure projected in March. 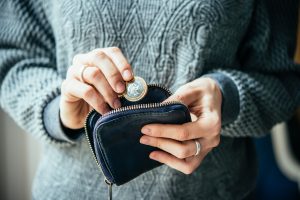 “It is time for us to come together as one united people . . . it’s time!” With these words, Donald John Trump, the 70 year-old New York-born multi- millionaire property developer and political novice, accepted his victory over ex First Lady and Secretary of State, Hillary Clinton, in the election race to become the 45th President of the United States, arguably the world’s greatest economic power.

In probably the most vitriolic and divisive presidential election campaign ever seen, culminating in the November 8th vote, the Republican candidate Trump triumphed over his Democratic foe, as the American people cocked a snook at the established political order in the ’Land of the free’.

Financial markets globally followed events minute by minute (in US East Coast time), with large falls across the board, followed later by strong recovery after more careful analysis of events (see ‘Markets’) and their likely outcomes.

In her message of congratulations to the President elect, Theresa May highlighted the “special relationship” between the two countries. She said that she hoped that Mr Trump’s win would mean a continuation of shared values, including “freedom, democracy and enterprise.”

She continued: ”We are, and will remain, strong and close partners on trade, security and defence.

“I look forward to working with President-elect Donald Trump, building on these ties to ensure the security and prosperity of our nations in the years ahead.”